Yes, we meant the actors while saying that!

Suits might not be the funniest show on TV but it’s certainly the wittiest one out there. This show is like a corporate law version of Batman and Robin..but with wittier dialogues and well-tailored suits! Suits is a legal drama TV series that showcases a college dropout Mike Ross who joins Harvey Specter as a law associate at Pearson Hardman Law firm. Gabriel Macht, plays the smooth attorney Harvey Specter while Patrick Adams portrays the college dropout.

Harvey hires Mike due to his natural intelligence, and the colleagues at work do not know about the little secret Harvey has been keeping from them. Mike never attended Law School, and Harvey closes a lot of cases with him maintaining Mike’s little secret. You can escape reality while watching this TV series. The cast is beautiful and the lines are witty..oh, do remember, real lawyers in swanky offices might not always look or speak like that!

While you can’t always dress up like them, Swag Shirts 99 brings you something comfortable you can wear, in their style. Inspired by the very famous Harvey Spectre. 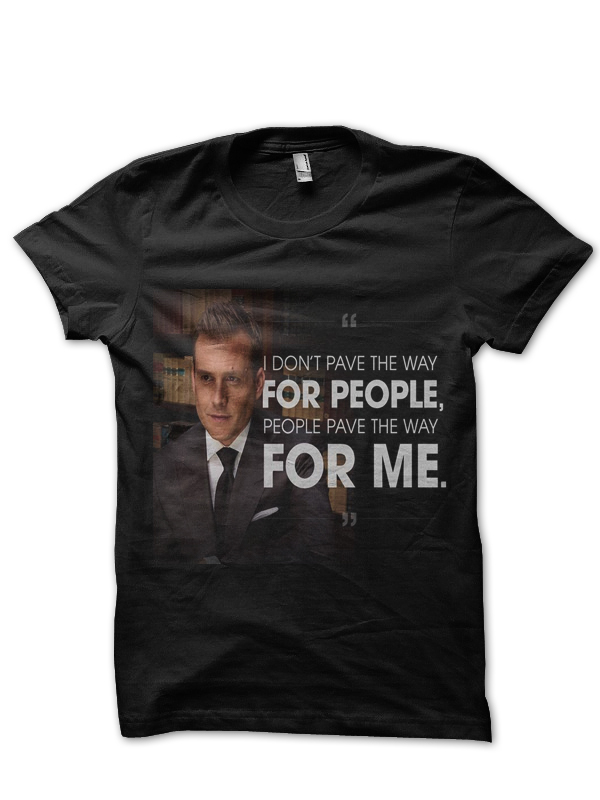 Harvey is like a new age philosopher in Suits. His quotes are worth remembering (and wearing as well). We simply love when he said “I don’t pave the way for people, people pave the way for me” and “I don’t play the odds, I play the man” What a classic one this is! Swag Shirt is making sure you got all your favourite things printed when you wear them up! So go on and pick out merchandise inspired by your favourite TV Series characters. 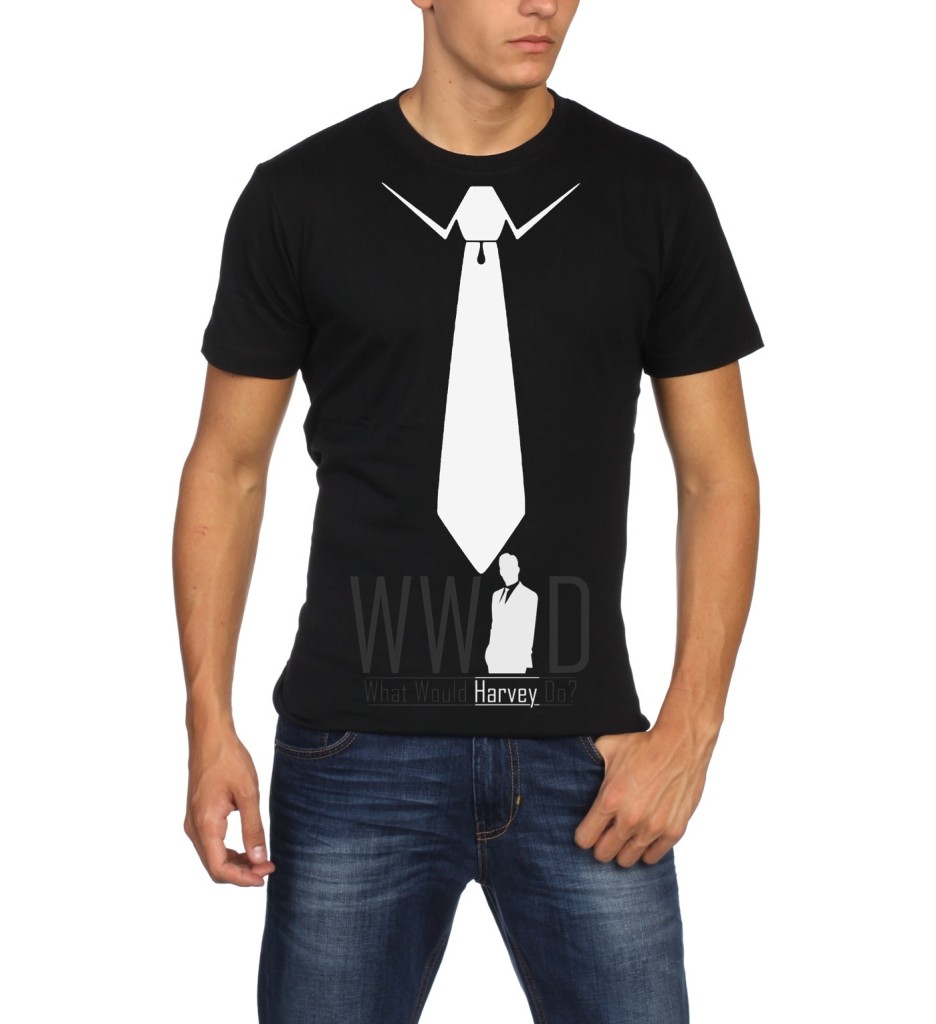 The women in this show are simply awesome .Jessica Pearson is the head a prestigious law firm in Manhattan. Donna Paulsen, Harvey’s secretary is the best legal secretary imaginable, and the only person Harvey Specter would ever admit to needing! And Rachel Zane, who later in the show gets engaged to Mike, is also accepted into Columbia Law School. The women of this show are smart, powerful, and complex while simultaneously having their own flaws, quirks, and vulnerabilities. This makes the show feel real, interesting, and relatable.

If you are not already following them, we ae sure you have some amazing reasons to start doing it now. And once you are a fan of them, buy their merchandise! You might not be very interested in law, but you will pick up on terms very fast. You could always use them to sound cool! The characters are showcased to have witty banter among themselves, providing comic relief amidst the serious plotlines that take place in the courtroom. You would mostly find Harvey and Loui Litt having such conversations. , Loui Litt is Harvey’s rival in the form. He is an evil genius and a team player, all at once! An odd and awkward character, Loui is shown talking to his cat occasionally. What a weirdo, huh?